I arrived an hour and half early for ARcamp 2.0. I spent my time waiting in front of the huge video wall.

As part of my VET Development Centre Specialist Scholarship I attended ARcamp 2.0 at the Inspire Centre at the University of Canberra from Monday 20 May to Tuesday 21 May 2013. This blog post provides an overview of the presentations and activities that I participated in throughout the first day of camp.

Danny Munnerley from ARstudio welcomed us all to camp. He spoke about ARstudio as a two-year practical and research project that was nearing completion. He also spoke about the eventual release of a resource that compiles their research findings and that this year would be the last camp. Rob Manson talks about the current state of play in AR.

The welcome also featured an update on the current state of play in AR by Rob Manson from Mob Labs. Rob spoke about AR technology, simultaneous localisation and mapping (SLAM), his company buildAR, the challenge of developing standards for AR, the probable slow demise of proprietary browsers and the eventual rise of AR as common web browser experience built on Web sockets, Web Real-Time Communication (WebRTC) and the Web Graphics Library (WebGL).

There are more photos of Rob Manson’s presentation from Day 1 of ARcamp in my ARcamp 2.0 set on Flickr. Tony and Dean from AIE talk about their experiences developing the 35° 17 South.

Tony Oakden and Dean Walshe from the Academy of Interactive Entertainment (AIE) spoke about their experiences developing the 35° 17 South. 35° 17 South was a multi-reality location-based game that took place in April on the grounds of the National Gallery of Australia. Although didn’t contain elements of AR, many aspects of it’s design, development and implementation reflected issues typically encountered when producing technology-based activities. Alex Young talks about elements that make up the Design 29 exhibition at the National Archives of Australia.

Alex Young spoke about the issues, development concerns she encountered and insights from developing AR experiences for the Design 29: Creating a capital exhibition at the National Archives of Australia. The Design 29: Creating a capital exhibition brought together the original designs for Canberra by finalists of the 1911 Federal Capital City Design Competition and featured AR elements such as video, animation and detailed scans of original artwork. Stephen Barrass fields questions about the Garden of Australian Dreams. Matt Bacon presented a session on designing and developing simple AR experiences with the Aurasma iPad app and the web browser based Studio Aurasma. This session gave us the opportunity to create a simple marker-based video augment with the iPad app as well as explore the features of Studio Aurasma.

Plotting my journey to ARcamp! 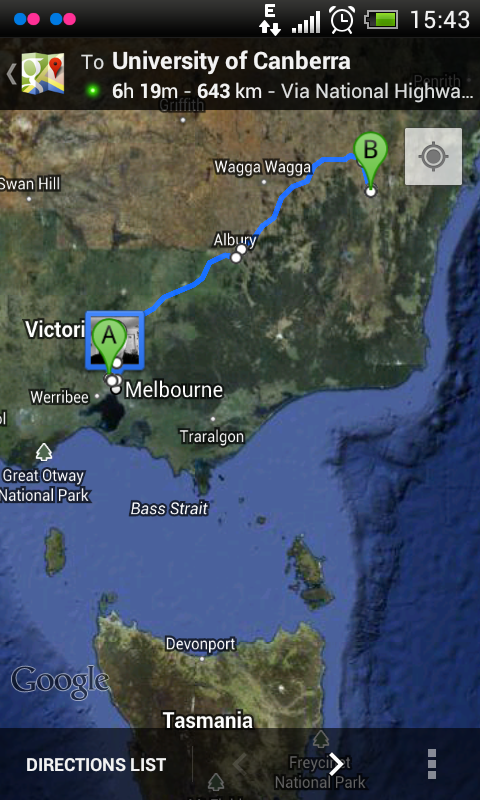