On Melbourne’s metropolitan train network, interior and exterior advertising is becoming more prevalent.  Needless to say that I was completely surprised when I entered the train and was assaulted the advertising for the new film by formerly-known-as-The Rock Dwayne Johnson.

Advertising inside a train seems to makes sense. Once inside the train, travellers become a captive audience as there’s no real means of escape from the confined space besides their devices, newspapers and their eventual exit at their desired train station.

The problem with The Rock wrap

The problem with The Rock wrap is that didn’t allow for an action (other than an increased awareness) to take place. Ideally, there should have been a provision for train travellers to book or pre-book tickets to the film or at least find out where the movie is a showing (possibly within their current location or nearest train station/exit point). Doing this would have closed the loop on the consumer experience. 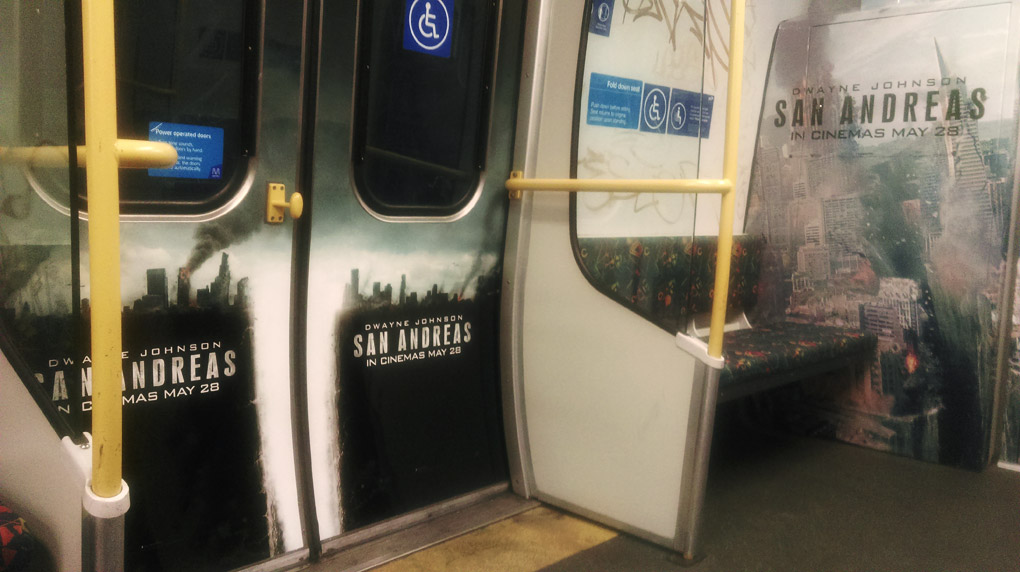 The interior advertising included a wrap on the end of the train and doors on each side of the train. 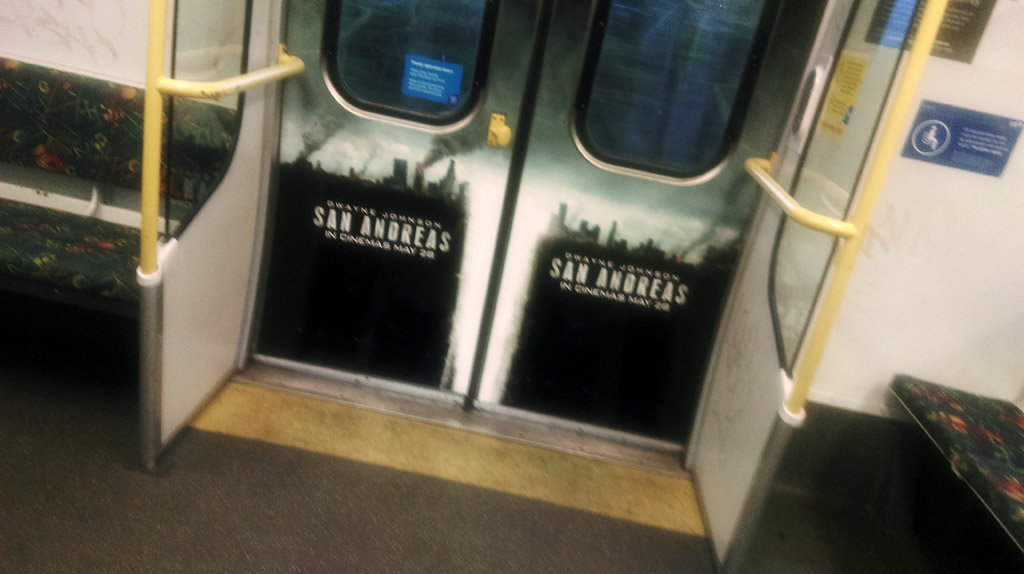 Making the fault line at the point where the two train doors meet was a cool design element. Unfortunately, I didn’t get the chance to record a video of the door opening to emulate the intended disaster-movie experience.